You are here: Home / Jude Alderson 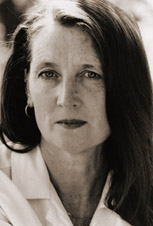 As a writer and composer, almost all Jude’s plays feature her own original music. Jude founded the legendary Sadista Sisters in 1974 and the company performed for the next 12 years throughout Europe (particularly in Berlin) at international festivals, theatres and clubs, including a residency at Ronnie Scott’s in Soho.

In 2001 Jude formed amaZonia, a music theatre production company for which she continues to write, compose and direct. She won a Year of the Artsit award in 2000 for her large scale community piece A People’s Opera written for a cast of 65 and string orchestra.

Jude collaborates regularly with Steve Edis (National Theatre, Sheffield Crucible, RSC), who is currently co-composing the music for Itinerants and is musical director of Entartete Musik. They are also in the process of working on a jazz opera The Choker.

Comments are closed, but trackbacks and pingbacks are open.