You are here: Home / Marie Angel 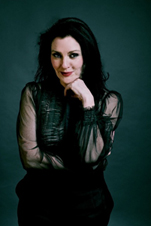 Marie Angel has sung  a varied repetoire taste and career, when she arrived from Australia was awarded a Gulbenkian and a countess of Munster price she was later given a Kammersangerin. Some of the  opera houses and companies she has worked for are New City Opera, Covent Garden, La Fenice, Houston Grand Opera, Netherlands State Opera. Reis Opera, Basel opera, Hannover opera, Opera north, ENO, Welsh National opera and Victoria State Opera,and Opera Factory (of which she was a founder member).

Some roles included, Mozart’s Fiordiligi which was a very famous OF production still talked about, Donna Anna, Contessa,only the other day a young director  said to a colleague her countess in the bath was the most moving bit of singing/staging he had ever seen, Ilia, both Poppea and Octavia, Monteverdi Calisto by Cavalli, four roles for Birtwistle Oracle of the DEAD, Pretty Polly, Hannah and Morgan le Fay, the recording of which won a grammy IN 1997. Andriessen wrote Esmerelda for her the Famous Peter Greenaway Horse opera Rosa. She has also sung Zimmerman, Denisov, Dusapin, Puccini,Verdi, Nyman (various Operas and song cycles), Glass, just to mention a few.

She has also done several recordings and dvd’s most of which can be found on Amazon, she is also branching out and created is creating her own recordings which will soon available  of Dichterliebe (Schumann), Chanson de Bilitis (Debussy), Wesendonk (Wagner). She has also formed a group with the famous Dave Lee (horn player) and Simon Lee (conductor, arranger and pianist).We are starting with just this combination which we will be recording soon and look to develop it by adding other instruments at a later stage.

Comments are closed, but trackbacks and pingbacks are open.