You are here: Home / PRODUCTIONS / ITINERANTS 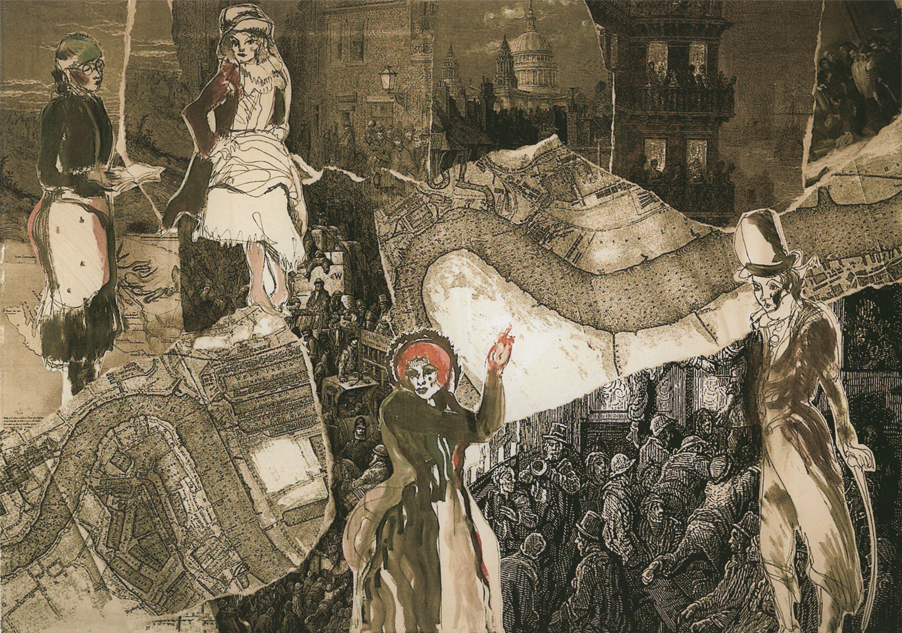 Set in the raw and beautiful 19th century.

A world of soldiers and music hall artists.

to see the horizon
that’s a dream
and know that every night
a different roof, another bed
sometimes the ceiling is the stars
the blessed ground our cradle
what better place to lie than Nature’s gentle arms

Singers: a chorus of orphans, doubling as MADAM BO BO’s girls. Cast of 10- 16

An epic new musical play set against the backdrop of the Crimean War, the popular rise of music hall and the male impersonators who made their mark. It tells the story of two working class C19th women, FLORA, dirt poor, a flamboyant Soldiers Woman & MAUD a mixed race village girl living in the wilds of the Forest of Dean.

Fate throws them together when MAUD witnesses FLORA being gang raped and almost murdered by her lover JACK. They fight back and in self defence, FLORA kills her lover, with MAUD her unwitting accomplice. They are both on the run for murder.

They escape to London and find MADAME BO-BO and her extraordinary troupe of musicians, trapeze artists and orphan girls. Sexy, mysterious MADAME BO-BO sings her pithy tale of despair and triumph, revealing her wooden leg at the climax of her song and throwing it into the audience. These troupe of misfits, offer FLORA an alternative way of living and encourage her in her love of theatre and introduce her to the world of music hall. A world where women can drop the slavish restraints imposed by either class, and become their own radiant Bohemian selves. The dangerous and disease ridden world as a soldiers woman behind her, FLORA concentrates on becoming a male impersonator.

ITINERANTS will explore mistaken and assumed identities, cross dressing and the power of transformation, sexual experimentation/proclivity, the horrors of the soldier’s world in the Crimea, the relationship of the artist to their suffering, and the unearthing of a historical subworld of performance, desire and transgressive identity.

ITINERANTS will be a populist story and radical romance celebrating the hidden histories of 19th women who dared to fight against the brutal expectations and constraints of their time.

An explosion of the myth of the repressed Victorian female. And a celebration of the anarchic creative female spirit. The populism we hope to reflect in the style of the piece and the music. Where the best of popular song and music hall is re-interpreted for the modern stage.